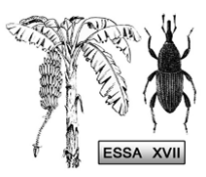 The session was attended by more than twenty specialists on soil invertebrates and an international keynote speaker, Prof. Jeffrey Harvey from the Netherlands Institute of  Ecology, Wageningen, The Netherlands. The workshop participants agreed on the need to integrate existing research initiatives and to form the Soil Ecosystem Research Group (SERG), a soil biodiversity research group that provides a platform for linking and promoting research on soil organisms. One of the first priorities identified by SERG was the need to collate and mobilise data and collections such that we can consolidate and compare the state of knowledge of each group. It was fitting that Bloemfontein, close to the geographic centre of South Africa, should be the origin of SERG.